Now he and his Lancers teammates are ready for the whole meal.

Vachlin, who is a sophomore, finished sixth in the all-around Friday at the boys state gymnastics finals at Hoffman Estates.

Vachlin, along with his teammates, will be competing as team Saturday afternoon for the team title.

Vachlin, who finished 11th in the all-around last year as a freshman, said a key fall kept him off the winner’s stand.

“It wasn’t my best,” Vachlin said. “I fell on horse and it cost me a medal. It was good jump for me from last year. I am ready for tomorrow. As a team we will be stronger and we know the equipment now.”

Vachlin’s teammate Ryan Czech was 14th in the all-around with a 51.35. Czech finished 15th a year ago. Bryce Mensik was 21st with a 48.80 in his first appearance at the state finals in the all-around.

“We are excited for that opportunity tomorrow,” Nowakowski said. “Last year we didn’t qualifying as a team. It will be interesting to see how they respond on what they did today and make some corrections. We had some bobble and some dismounts we didn’t stick. Hopefully this was a good experience for them to clean this up.” 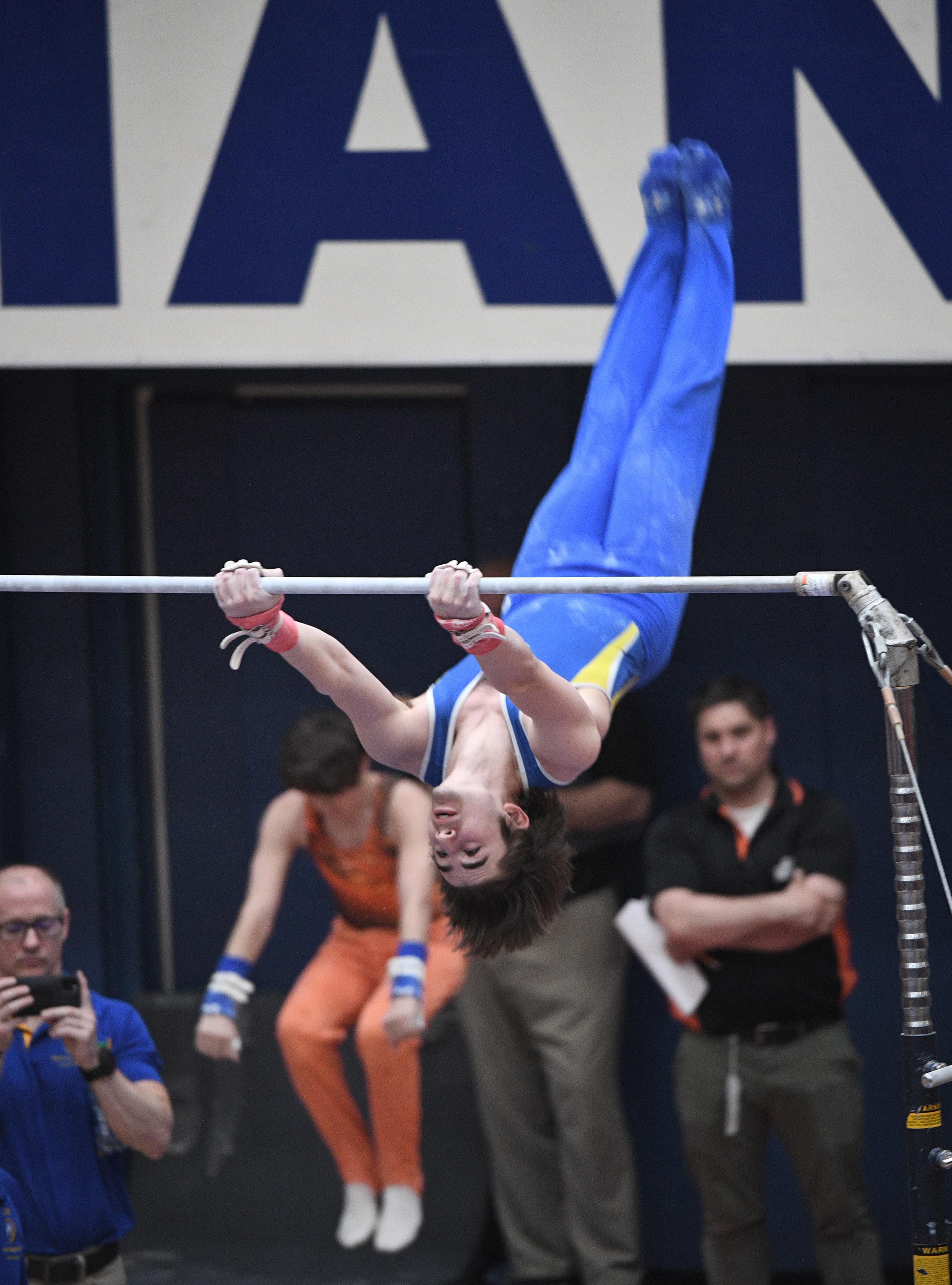 John Starks/jstarks@dailyherald.com
Lyons’ Randy Yonan on the still rings at the State Boys Gymnastics All Around competition at Hoffman Estates High School on Friday, May 13, 2022. (John Starks/)
Other News:   Alberta premier’s caucus foe calls him soft on Ottawa, gets verbal slap in return

Also looking to gain some experience from Friday night was Lyons’ Randy Yonan. A senior, Yonan was competing in his first all-around and he finished 13th with a 51.70.

“It wasn’t that good,” Yonan said. “I fell on two events. I was really nervous, but it was fun. There is a lot of good competition out there. Warming up on these events give me a real good feel for tomorrow.”

Lyons coach Sam Zeman said his team will be ready for competition on Saturday.

“They did very well,” Zeman said. “Tomorrow is the key. It is good experience on the equipment. They will know what to expect tomorrow.”

Along with the team title at stake Saturday, the individual finals for all six events will be contested. The top 10 qualifiers from Friday in each event will be competing for the individual title.