Ray Rogina has had an impact on St. Charles in many ways – first as a teacher and then as an alderman and mayor.

In accepting the award, Rogina talked about his love for St. Charles.

“For the last five-plus decades, I’ve had a love affair with St. Charles,” he said. “This is my home. It always will be my home. The people in this community are second to none in terms of how they treat their community and the respect they have for their community…This award is for all the individuals that I have ever been associated with that helped me along the way and helped me shape students and then shape the community as we move forward.”

The Charlemagne Award honors the lifetime achievement of an individual who has dedicated their time, efforts and talents to making the community the great place it is today and demonstrates the essence behind the Legend of Charlemagne written by C.V. Amenoff, who served as mayor of St. Charles from 1969-1973.

The legend reveals that Charlemagne left his four sons as guardians of St. Charles to see that this city becomes a community where people could live, raise a family, work, have a business, be educated, worship and play. The first award was presented in 1967. 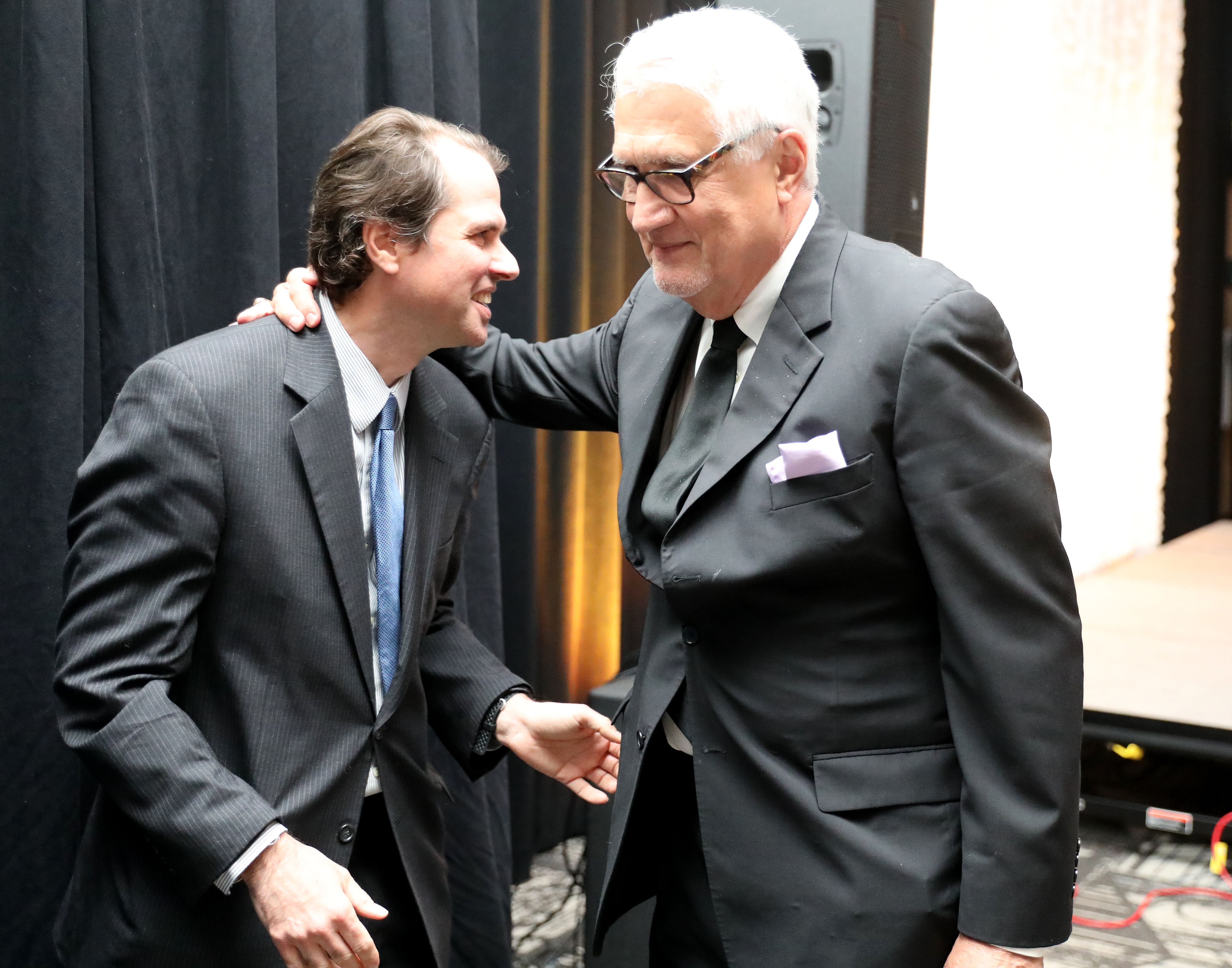 Former St. Charles Mayor Ray Rogina (right) greets his son, Matthew, after being announced as the 2022 Charlemagne Award winner during the 100th Annual Charlemagne Gala at the Q Center in St. Charles on Friday, May 13, 2022. (Sandy Bressner – sbressner@shawmedia.com/)

The award was presented by the St. Charles Area Chamber of Commerce. During the night, the Chamber, which was founded in 1922, also celebrated its 100th anniversary.

Vitek said Rogina was her mentor.

“You deserve it,” she said after he accepted the award. “You truly are a kind person, a great human and you deserve this award.” 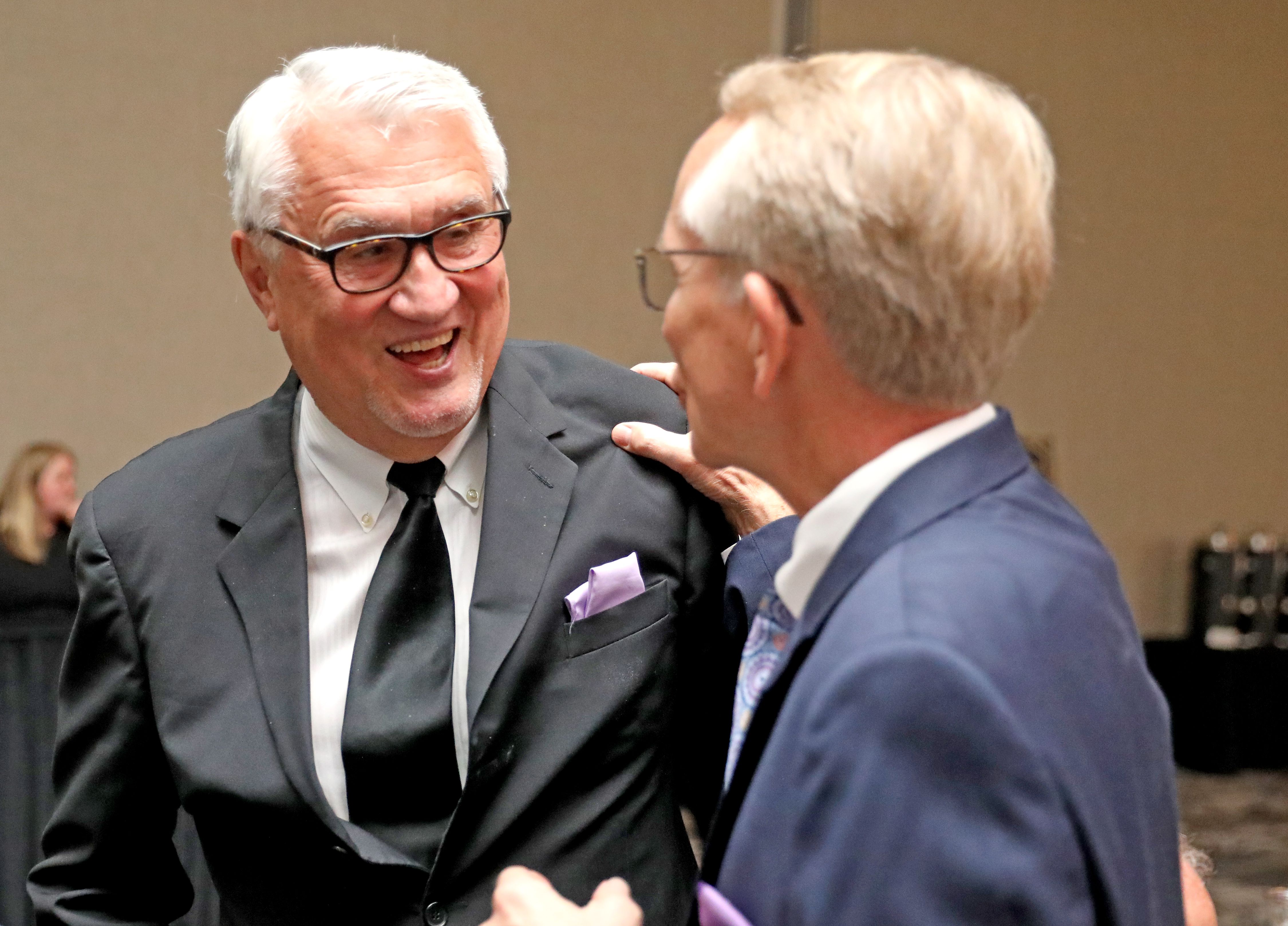 “Ray’s been so committed to the community since he came to St. Charles as a student teacher,” Koenen said following the ceremony. “I think it’s an acknowledgement of his success and his ability to motivate individuals to be their best.”

Rogina was humbled by the honor.

“I’ve been a public servant in this community for five decades and this certainly is a great honor,” he said. “But I will never take any credit personally. Whether it was education and teaching or as alderman and mayor, it was a team effort.”

Throughout his entire career, Rogina has tried to be an educator.

“Whether I was a teacher or an alderman or mayor, that’s how I view myself,” he said.