Despite record gas prices in Northern Illinois, motorists are still traveling this summer

Bob Navarro’s last fill-up was $30 (he shrewdly invested in a hybrid) but that hasn’t kept him from nervously watching as gasoline has blasted past $4.50 a gallon.

Navarro scoured the data and thinks fuel costs might actually give local tourism a boost. Chicagoans will pare their budgets, he allowed, but that will make close-to-home attractions such as state parks more attractive than venturing out of Illinois. 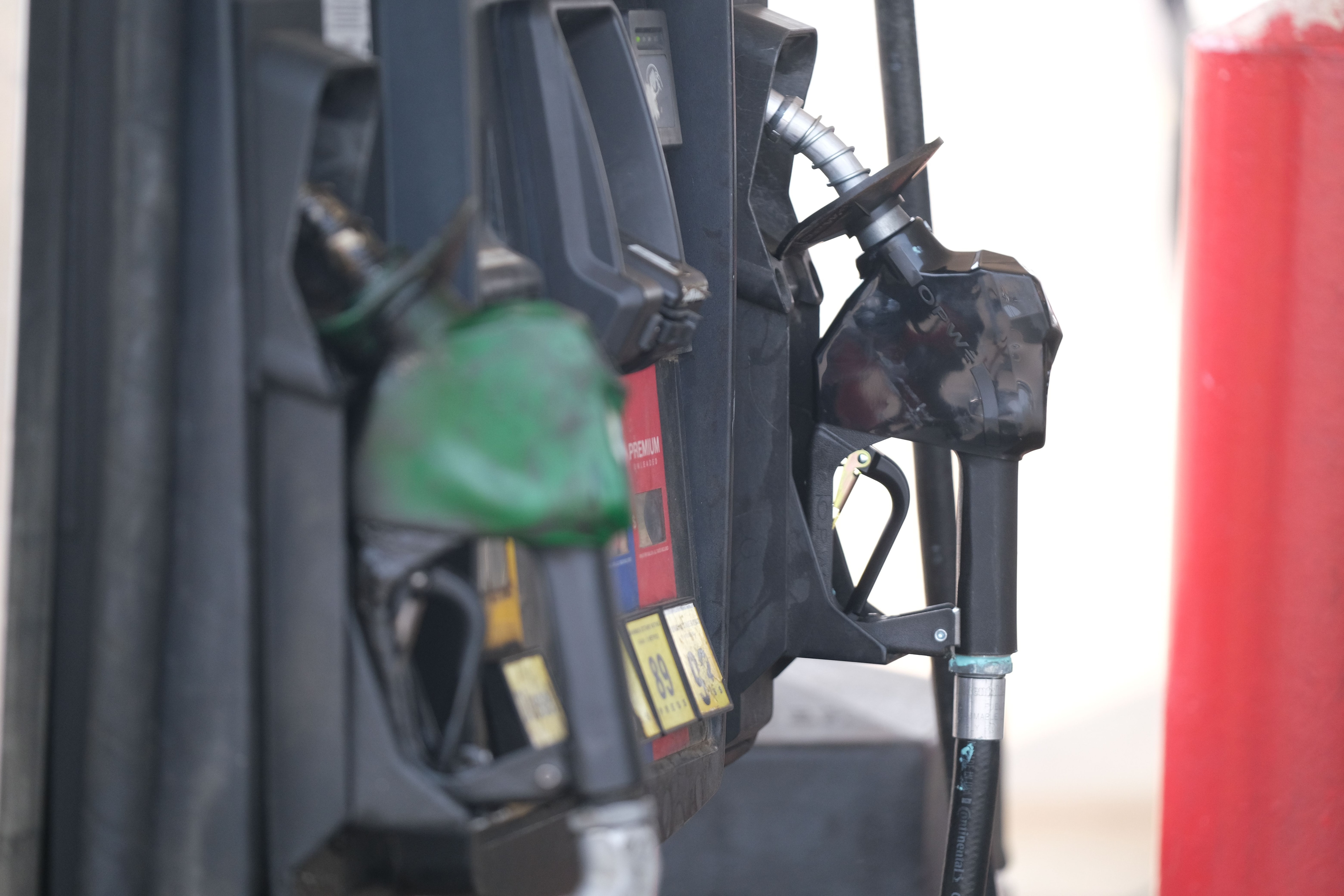 A regular gas pump in Joliet. Tuesday, May 10, 2022, in Joliet. (Gary Middendorf – gmiddendorf@shawmedia.com/)

Tourism numbers, that is.

Motorists are wincing at the pumps – prices spotted Friday hovered at $4.50 and north of $5 for diesel – and braced for costs to remain sky-high this summer. They’re probably correct: Economist Rick Pretzsch agrees there’s no relief in sight.

Fuel prices jumped 24% between Christmas and Easter, according to data from the U.S. Energy Information Administration, and are now approaching a cumulative jump of 35%.

Pretzsch is a professor of economics at Illinois Valley Community College and he blames global turmoil that has lasted longer than expected. Russia’s invasion of Ukraine resulted in a sweeping ban on Russian oil that could become permanent if Vladimir Putin remains in power.

“The result will be continued removal of Russian oil from the global market and oil prices remaining high through the rest of the year,” Pretzsch said. “As U.S. and other oil producers ramp up, production oil prices will begin to ease, but it will take time for U.S. and others oil producers to dramatically increase their oil output.”

Translation: Don’t look for any serious relief at the pump for the rest of 2022.

“We will likely see oil prices begin to ease by spring of next year at the latest, in my opinion,” Pretzsch said.

How will motorists adapt? Molly Hart is spokeswoman for the AAA –The Auto Club Group in Aurora – and AAA found that motorists are not staying home this summer.

AAA surveyed its members and found that despite record high gas prices, 84% of the respondents still plan to take a road trip of 50 miles or more this summer. Motorists will, of course, look for places to save, but they’re more likely to take fewer trips (31% of respondents), shorter trips (21%) and travel closer to home (24%).

Other News:   Ex-deputy accused of posing as wedding guest to steal gifts

Airfares have shot up, too. Don Grant Zellmer is group tour director for Travel Connections in Peru. Ten months ago, he booked flights for group tours at competitive prices. Since then, a few stragglers signed on and Zellmer reported a “substantial increase” in fares thanks in part to soaring fuel prices.

Travel Connections has felt it, as well. Zellmer spent the past week leading a bus tour to Branson booked well ahead of the surging gas prices, which means his lucky clients scored a much better deal than if they’d driven themselves to Branson.

“This is a good time to do a group tour,” Zellmer quipped, “because you’re not burning your gas, you’re burning ours.”

Tourist officials might see a silver lining, but Americans as a whole can expect to dig deeper into their pockets not only for fuel but for food and, well, everything.

Inflation is a hot topic these days and likely to have steep consequences at the polls this November, although Pretzsch said it’s the cost of gasoline driving inflation, not the other way around.

Other News:   Signs Show 'Red Tsunami' on the Way as Cruz, Owens and Roy Prepare at 'Truth Summit'

“All this cost will be passed on to the consumer. We call this cost push inflation, which is what the economy will experience going forward.”

The news isn’t all bleak. Weaning the world off Russian oil, gas and wheat puts America in prime position to emerge as the world’s top producer of oil and natural gas as well as a top-five producer of wheat.

“However, it’s not like flipping a light switch,” he said. “It will take time for the U.S. industries to step up and fill that void. I believe by early next year at the latest U.S. production will have expanded enough to fill a great deal of that void and inflation will begin to decline.” 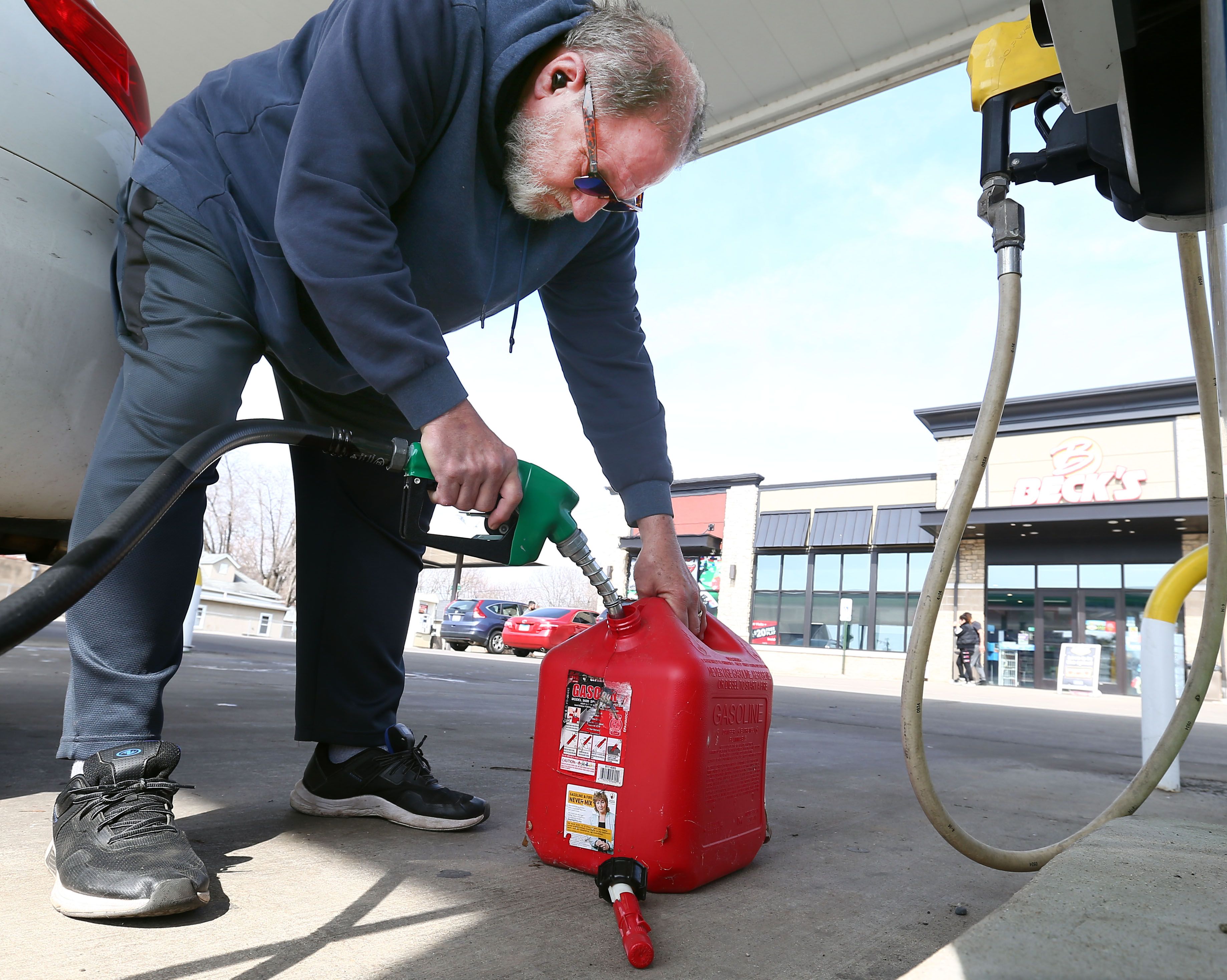