For the 74 full marathon, 235 half marathon and 101 5K runners who crossed the finish line Saturday on the Ottawa riverfront, it was good to have things, for the most part, back to normal.

“I was interested in the hills and trying to run a challenging [marathon] this spring,” Kipp said. “I’ve got four little [children] here, and they wanted to check out the water park. So we’re staying at the Grand Bear resort. They’re swimming, and I’m running. …

“[The course] was beautiful all the way through, awesome views of the water, trees, tons of scenery, and it’s really challenging with the hills. … It’s really a gorgeous course and a lot of fun.”

Other News:   Folk & Roots Duo TOMATO/TOMATO Are All About the Groove in Their New Single, “Better at Leaving” 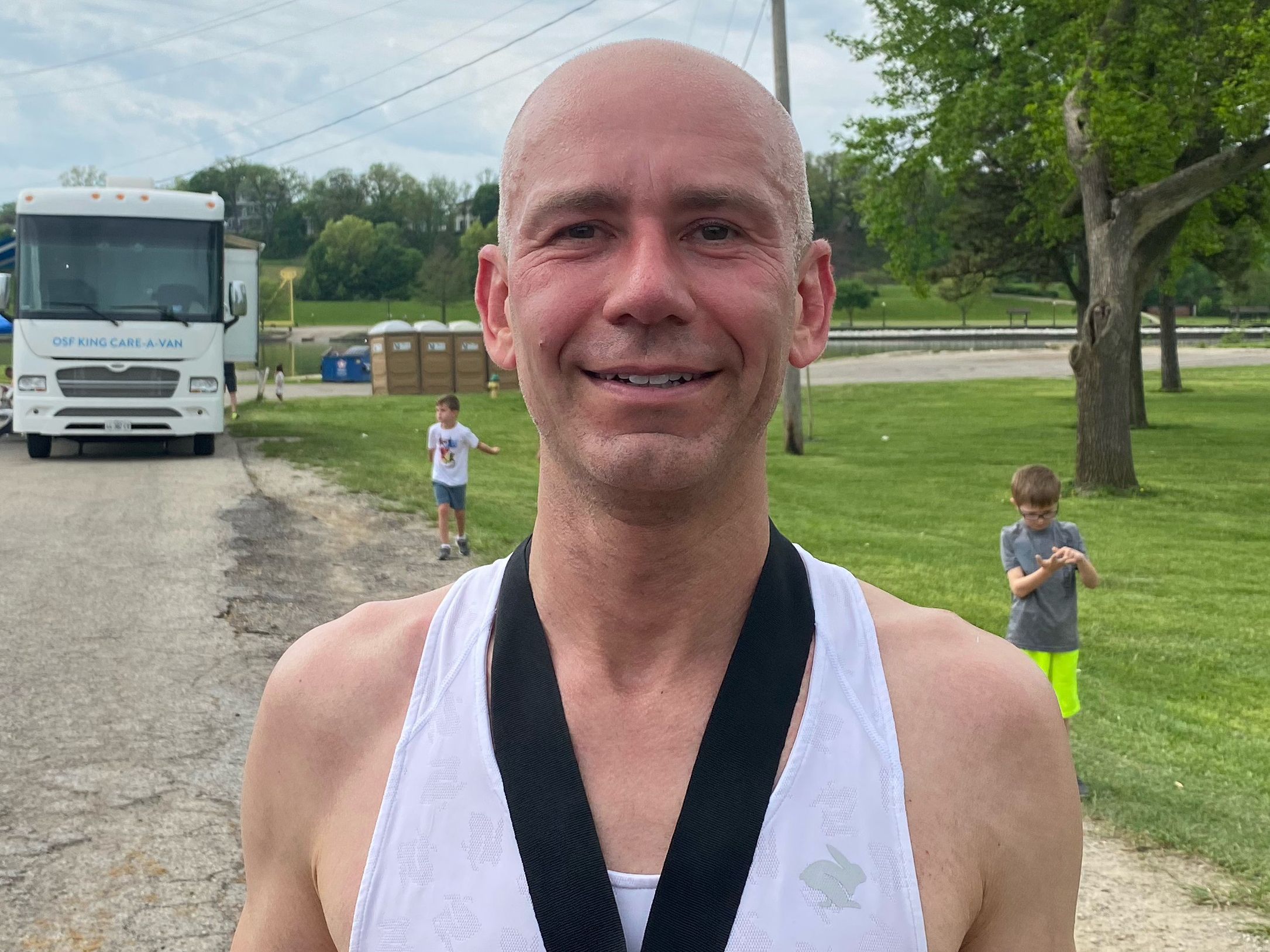 Angie Lampi, of Dexter, Mich. — like Kipp, also a first-time entrant in the SRC Marathon — finished fifth overall and first among women in 3:33:01.2.

“I was looking for a race that would allow me to qualify for [the] Boston [Marathon] next year,” Lampi said. “My long runs have been fast lately … so I signed up at the last minute, and I’m glad I did.” Angie Lampi of Dexter, Mich., is the top female finisher as she crosses the finish line during the Starved Rock Marathon on Saturday, May 14, 2022, in Ottawa. (Scott Anderson/)

There was an over 15-minute wait between Kipp’s finish and the next full marathon finisher, Justin Seno (3:15:01.5), of Champaign, Ill. Seno, however, wasn’t the least bit upset with his finish.

“They canceled the Champaign marathon, I was already about six weeks into training, and I found this one,” said Seno, who was running his first marathon. “So I just extended my training and came up here to do it.

“It was an amazing course, great volunteers, my family came out to support me. It was a lot of fun.”

Other News:   Pence to rally with Kemp in Georgia in break with Trump (AUDIO)

The wait between Lampi and the second women’s finisher, Lana Lazaridis (3:34:18.9), of Scaumburg, Ill., was much, much shorter.

“I had a really good first half, but then kind of blew up a little bit,” Lazaridis said. “But it was still awesome, the beautiful scenery and everything.” 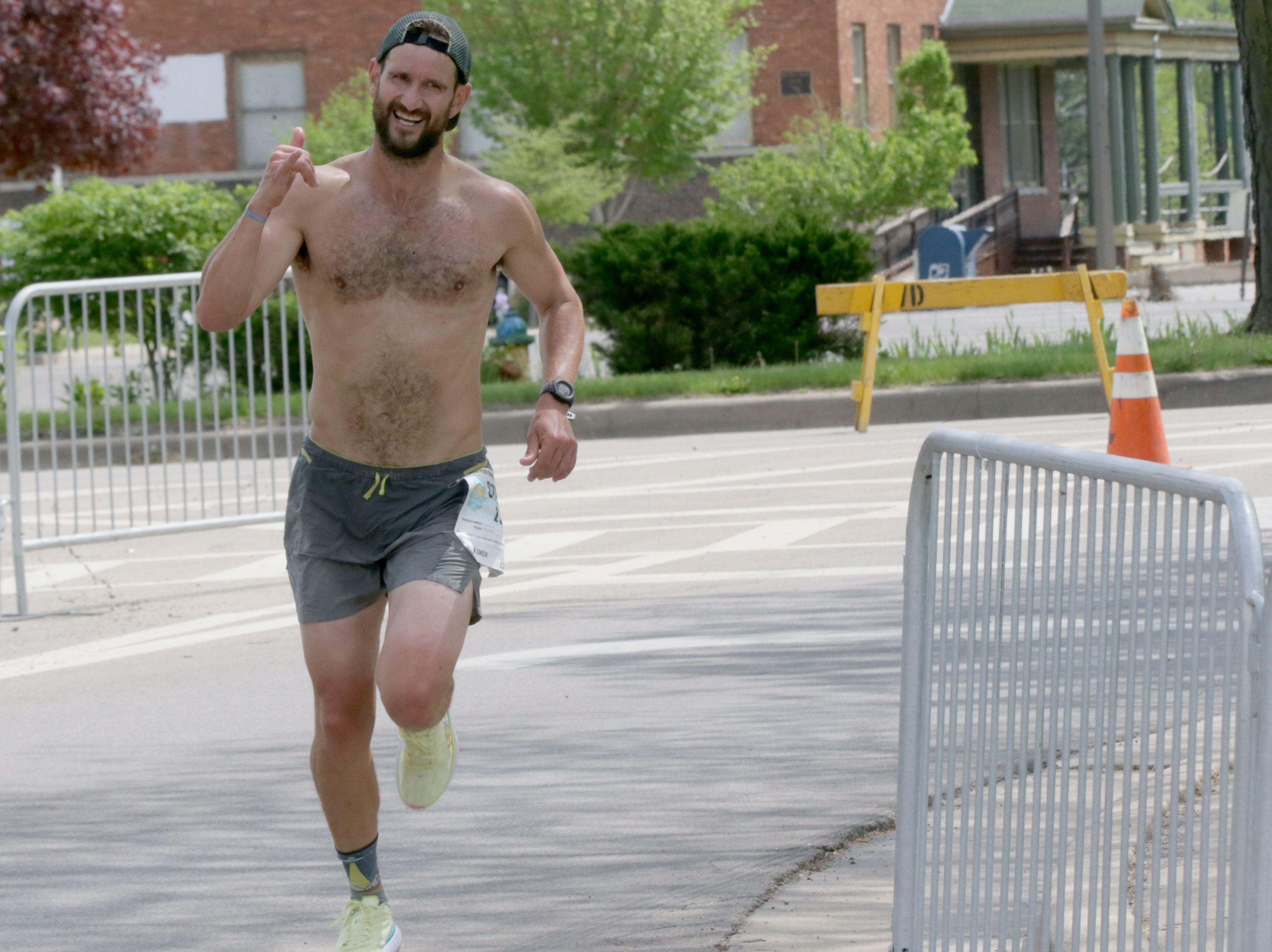 Steven Holcomb, of Streator, rounds the last turn before coming to the finish line during the Starved Rock Marathon and Half Marathon on Saturday, May 14, 2022, in Ottawa. (Scott Anderson/)

Prior to the two-year hiatus due to efforts to contain COVID-19, the Starved Rock Country Marathon had been run annually since 2014.

A complete list of finishers and times can be found at racingexpectations.com.

In the day’s other races: 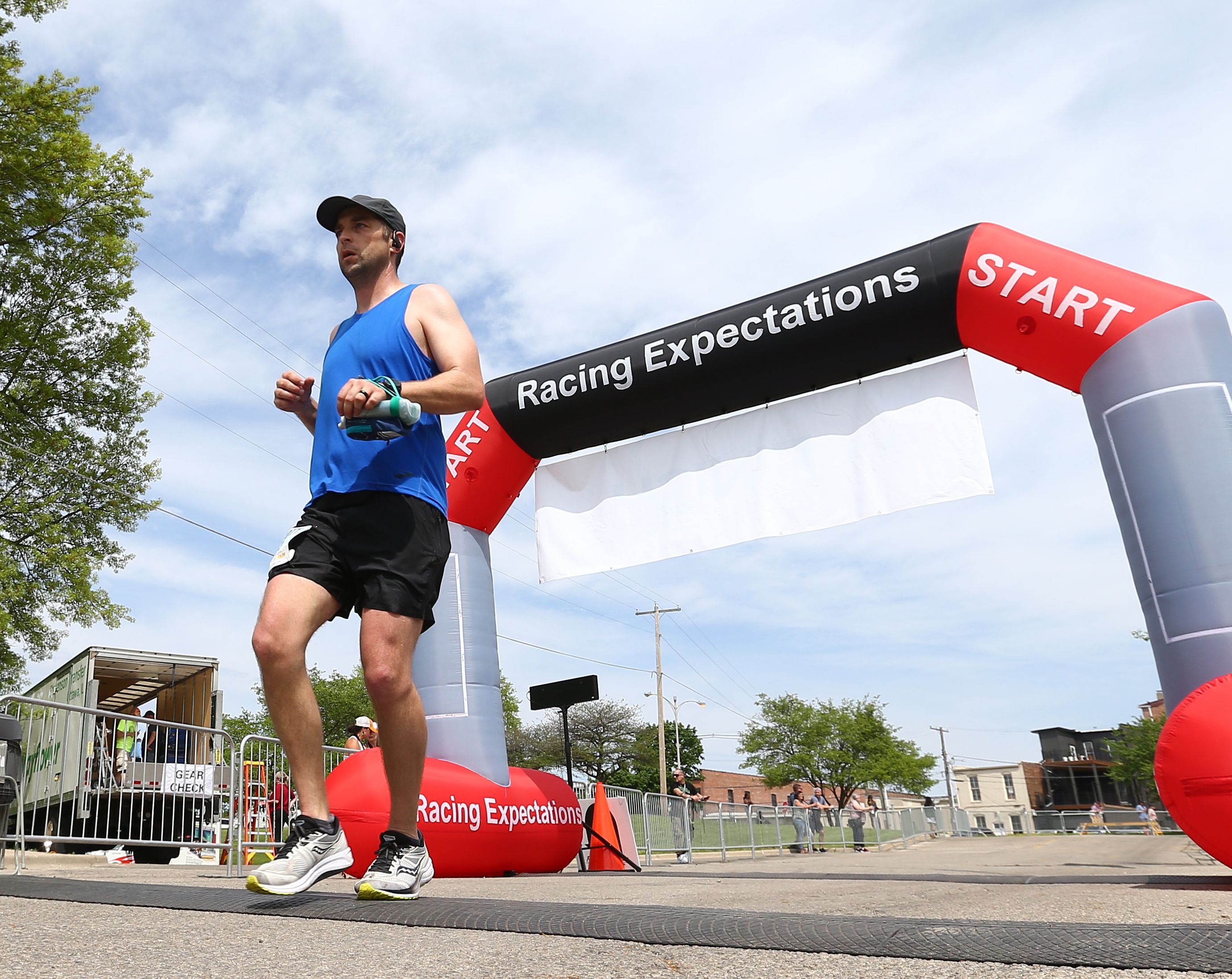 Scott Gerretse, of Orland Park, finishes the Starved Rock Marathon and Half Marathon on Saturday, May 14, 2022, in Ottawa. (Scott Anderson/)