China using its billions to buy political influence across the world 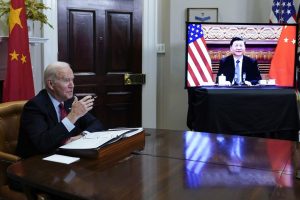 New Delhi: Allegations that a suspected Chinese spy has donated more than 500,000 pounds to a senior Labour MP in Britain appear to fit part and parcel with Beijings modus operandi — using its billions in cash to buy political influence across the planet, the Daily Mail reported.

Barry Gardiner, who was a member of Jeremy Corbyn’s shadow cabinet, received the donations from Christine Ching Kui Lee — mainly to cover staffing costs in his office — over a period of six years, and employed her son as his diary manager.

MI5 took the rare step of issuing MPs and peers with a warning on Friday about Lee’s cultivating of British politicians to secure a ‘UK political landscape’ that is ‘favourable’ to China’s authoritarian government, the report said.

In recent years, Beijing’s ‘ruthless’ bid for world power has seen the Communist Party make more aggressive interventions in the internal affairs of smaller — and often poorer — sovereign states in Latin America and the Caribbean.

China last month struck deals with a string of countries across Latin America to build up ‘civilian’ nuclear technology, develop space programmes and build 5G mobile networks, which the US says could be used to spy on millions of people, the report added.

Beijing has even pledged to build schools and fund classes teaching Chinese language and ‘culture’, though such institutions have been criticised elsewhere for pushing state propaganda and limiting academic freedom.

According to Mateo Haydar, a researcher at the Heritage Foundation, China has ambitions to become ‘the dominant influence in Latin America’, the report said.